It has existed for a few months and has already collected 2 million subscribers: it promises to redistribute advertising revenues, but not everyone is convinced it can work

In recent months, the US media has repeatedly covered tsū, a new social network that pays its subscribers to share photos, videos and links on its website or through its applications for Android and iOS. The service went online at the end of October 2014 and received approximately $ 7 million in investments in the first few weeks. Although it is not accessible to everyone, but only to people who receive an invitation, tsū says it has reached about 2 million subscribers at the beginning of the year. The site is very reminiscent of Facebook, but with the difference that a large part of the advertising revenues are redistributed to its users. The idea has garnered several positive criticisms, but observers and analysts are starting to wonder how much that of tsū can be a sustainable model and able to compete with more traditional and now established social networks.

First name
The name tsū refers to the pronunciation of the Japanese character (kana) ツ, which is often used as a graphic sign instead of the emoticon with a smiley face.

How does it work
To subscribe to tsū, you can use the website or download the application available on the App Store (iOS) or on Google Play (Android). In the fields to be filled in, you must first indicate the name of the person already registered in tsū from whom you received the invitation to try the social network. Those who do not have one can search among the recommended users to receive a sort of recommendation to access tsū.

The graphics and things you can do on tsū are very reminiscent of those on Facebook. The central column lists the things shared by your friends and the people you follow, while in the left column there is information about your account, including the statistics on the vision of your posts which are used to get an idea of ​​how much you are earning . The economic aspect is highlighted in many points of tsū: in the upper bar, for example, there is a counter that indicates the money raised.

Like on Facebook, to publish content just enter it in the update field of your status. You can share links, photographs, videos and texts, and those of tsū recommend promoting above all original content and on which you have complete ownership, to avoid problems related to copyright.

How do you earn
The services offered by tsū are financed through classic advertisements, but unlike other social networks, each user can obtain part of the revenues deriving from advertising on the site. Those of tsū keep 10 percent of the revenues for them and to manage the platform, while the remaining 90 percent of the revenues are redistributed to users, through a pyramid mechanism that is somewhat reminiscent of the Ponzi scheme, but apparently without intentions. fraudulent.

For the redistribution of revenues, tsū uses its own “Family Tree” managed by a series of algorithms that keep track of how much money each new content collects through advertising and takes into account the value of each individual user. The mechanism is not very simple, but it works more or less as follows.

• Francesco invites on tsū Arianna, who in turn invites Emanuele who invites Elena.
• Over a certain period of time, things shared by Elena lead to 100 euros in revenues: 10 go to tsū and the remaining 90 to the users involved in the production of that revenue.
• Elena, who created and shared the contents, is entitled to 50 percent of the revenues, therefore 45 euros.
• Emanuele, who had invited Elena, takes 33.3 per cent, ie 29.70 euros.
• Arianna, who had invited Emanuele who had invited Elena, takes 11.1 percent equal to 9.99 euros.
• Finally, Francesco takes 3.70 per cent equal to 3.33 euros.

Those of tsū call this mechanism “the infinite thirds rule”, because at each step a user takes a third compared to whoever arrived before him and gave him an invitation. According to its inventors, this system allows on the one hand to incentivize the publication of quality content with a good economic yield and, on the other, to encourage people already registered to invite only others with the suitable characteristics to actively contribute to success. of the social network.

It works?
In a few months of activity tsū has collected more than two million subscribers and is continuing to extend its user base, but it is still early to understand if the proposed model is actually sustainable. Its creators say they want to move the classic setting of social networks, where individual users and their information are the product to be sold to those who advertise, into an alternative model in which content and their quality matter above all. The problem is that for now tsū still seems to favor quantity, promising greater rewards for the content seen by many people. This could lead many subscribers to organize themselves to promote their content by spamming, a practice which is naturally forbidden by the service. Whoever makes spam, says tsū, risks being suspended or banned from the service and therefore not receiving the money obtained from his activity.

Among the interesting aspects of tsū is the fact that, unlike other social networks, when you publish content, the ownership of the same remains with the person who shared it. The publication of one's own photograph on the site, for example, does not automatically entail the transfer of rights to that image as occurs in some cases on other social networks.

Page 1 of 1
Permissions in this forum:
You cannot reply to topics in this forum
Google Tradutor
Search
New Hyips / RCB% Listings 24h 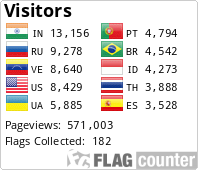